The prison doors slammed shut and she knew the price she would have to pay was more than she could give.  Even death seemed a better 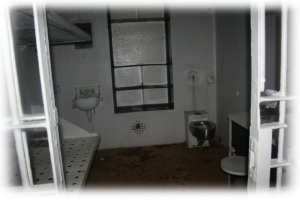 option than being stuck in this pit with the other prisoners.  She had definitely done some things wrong… not just once or twice, but day after day, month after month, year after year.

It got easier.  Eventually, she didn’t even feel guilty.  Her family had tried to intervene… had tried to talk with her about her choices.  But every time her self-destructive behavior would win over.

She had been taught at an early age that placing yourself in the hands of others will get you hurt.  And, at some point, the drugs and alcohol she used to self-medicate, kept her from caring.  The harder she had struggled the more powerless she had felt.  And it had all ended here.

As she sat down on the cold metal bed, it was almost hard for her to believe she had fallen this far.  She was caged like an animal and suspected she would be treated even worse.  But then she heard the distant sounds of all the prison doors unlatching. 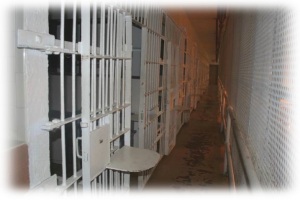 She kept her seat, not knowing what was going to happen next.  As the sounds swelled and her cell door swung open, she couldn’t see anyone, but the voice she heard was clear.

“There is a way for you to get out of here.  But there is only one way.  It will require you to believe.”

“And what if I don’t believe?” she said in her typical characteristic, cynical tone. “Why should I believe you?  Why is there only one way?  That doesn’t make sense. There has to be more than one way out of here.”

“Not this time,” came the response.  “But it’s your decision and yours alone.  No one is going to force you.  The door is open and this is the way.”

She sat there and thought about it…thought about how her parents had tried to raise her…remembered the one Bible verse she had heard so many times in her life she could quote it, “Train up a child in the way he should go and when he is old he will not depart from it.”  Yep, she had heard that one a few times.  Every Sunday when she wanted to sleep in, those days when going to the lake seemed a bit more fun than sitting through another sermon, or when Sunday morning television was more tempting than a trip to church. 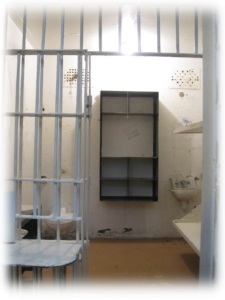 But here she was.  Her life was a mess and, on her own, she was powerless to climb out of this pit.  She was afraid.  So she sat a little longer.  She could hear some of the other prisoners laughing and scoffing at the invitation they had received.

She looked down to see her hands trembling.  She tried to drown out the voices in the other cells and in her mind…so many conflicting voices.  While her parents had tried to raise her right, her friends had been more than willing to show her another route; one that seemed like a lot more fun.  But where were they now, her friends?

She contemplated what her life would be like in confinement.  She thought about all the wasted years.  She wondered how things might have turned out differently if she had followed a different path.  But it was too late for regrets.  The tears drained down her cheeks as she buried her face in her hands.  She remembered a time sitting next to her mom on the couch when she was just a little girl.  Her mom was reading a Bible story to her about Peter and Jesus.

“Lord, how many times shall I forgive my brother or sister who sins against me? Up to seven times?”

She remembered her mom telling her what Jesus had said to Peter.  “I tell you, not seven times, but seventy-seven times.”   Her mom had told her, no matter what she did, no matter how bad, no matter how many times, God would always forgive her, if she asked.

Surely her mom had not anticipated this.

She stood up on wobbly legs and very slowly walked out.  It wasn’t easy.  As bad as she wanted to leave that small cell, it still seemed safer than walking into the unknown and following the voice of someone she could not see. 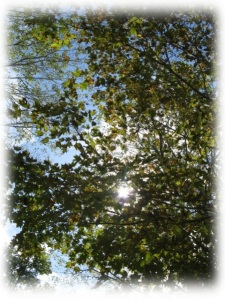 There were only a few women walking in the same direction.  She heard those who stayed in their cells claiming there had to be more than one way.  They weren’t quite ready to leave yet.  And, they were convinced, if they waited, other doors would open.

She kept moving forward, forcing one foot in front of the other and, eventually, she walked out the door and into the light.

The price she had been asked to pay, to remain in this prison of hers, was more than she could give.

But the price had already been paid…one debt, one price, one death, one-way.

Jesus answered, “I am the way and the truth and the life.   No one comes to the Father except through me.”

“There are people who complain about the exclusivity of the Gospel. They ask why there has to be just one-way. The more aware I am of the depth of my own sinfulness, the more I look at the subject a bit differently; the more I wonder why there is even one way. I mean, why should there be a way at all? When it gets right down to it, what is it that we think God owes us? How is a holy God in our debt? If God were to offer us two ways, we would want three. If God offered ten, we would want eleven. No matter how many ways God offered, we would always want one more; we would always want our way.” 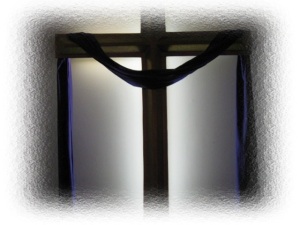