Who Does He Favor?

There is a man with three children. 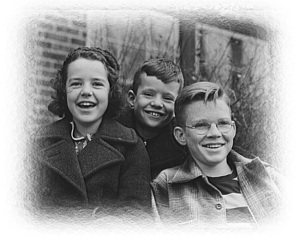 The loving and loyal middle son,

The carefree, on the run, gotta go, catch ya later youngest boy.

Who does he love?

He tries to talk with his daughter but she tuned him out a long time ago.

His middle son spends a lot of time with his dad and hangs on his every word.

His youngest is just too busy.  He has his friends and all his activities.

Who does he love?

There is a man who remembers the moment his baby girl came into this world.

He never knew he could love so deep.

He was pleased when his family grew and he loved his second child. 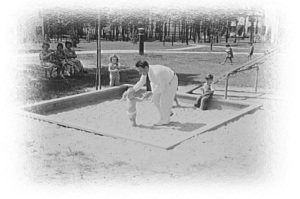 The third child was a surprise but much-loved.

There is a man who gave his daughter many gifts and opportunities.

She thought him old-fashioned and out of touch.

He gave his son many gifts and opportunities.

He thought his dad wise and strong.

The man had even more to give, so the third son received the most.

He loves them all!

There is a man whose heart is drawn toward the son who spends time with him.

He talks to the son who listens.

He walks with the son who is by his side.

When his son asks him for something he takes great joy in blessing him.

There is a man who never quits trying to reach his daughter.

But there are other men in her life now and she’s not interested.

He tries to get his youngest son’s attention but there are just so many things distracting the boy.

His eyes turn back to the young man who wants to be just like him.

And he blesses him.

This same man ridicules people who tell him that God has blessed them.

He says it doesn’t make sense that God would bless one person over another.

And yet his own life is like a parable.

He loves all of his children.

The middle son has no fear of asking his father for a favor.

He spends time with his dad.

He listens to his dad.

He honors and obeys him.

And when his Father calls, he knows the sound of his voice.

There is a man with three children.

The loving and loyal middle son,

The carefree, on the run, gotta go, catch ya later youngest boy.

If you were one of his three children,

which one would you be?

“The King of the universe wants a real, live relationship with us.

the role He relishes most is Father.  He wants us-frail mortal creatures-to connect with Him and communicate with Him as the

dearest relationship in human existence.  He rejoices to hear our voices.  He delights to be our sole and holy source

for all things in life.”

~Beth Moore from the study of James Mercy Triumphs

The Less I Say

A Tahoe packed to the top, with suitcases and ski gear, is where I first heard one of the most profound and best pieces of advice.

We were on our way to the Canadian Rockies and had begged my father-in-law to come along with us.  His wife of 63 years had died two years earlier and we felt like it was time for him to live again.

He seemed quite excited when the trip first started, riding shotgun in the big SUV, but after several hours on the road he was silent.  I’m sitting way in the very back, third seat on the right, and I’m thinking his silence is not a good sign.  I’m wondering if maybe he’s sad or even sorry that he let us talk him into this long trip.  So, never at a loss for words myself, I decide to ask.

“The less I say, the less I have to give account for.”

Well…WOW…that shoved some more silence right across the great expanse of seats.  It was followed by nervous laughter as our minds raced back over all our conversations.   If you are religious or consider yourself spiritual, you might recognize some biblical implications.  But if not, let me just venture to speculate how this one little quote could be a life changing  piece of advice for all of us.

Let’s see…the less I say…what, like when I’m angry?  Well, sometimes, when I’m upset I say things that are mean or hurtful, frequently using words that are somewhat short of factual, words like always or never.  And, in the end, if I choose to make amends, I must apologize. Thus, I have been held accountable.

Okay, then, what about the less I say when I have a new rumor in my repertoire of words?  I really try not to, but maybe you know how hard it can be not to pass on word of friction in the family, a fight among friends, or perchance a real dramatic tale all discreetly disguised in a prayer request.  The less I say, the sooner the talk dies down.  Or, what if I’m wrong and I’m found guilty of spreading gossip?  There will, by all means, be an accounting.

And then there is the less I say about my son who, at age thirteen, completely recoils when he hears his mother gearing up for a full-blown play-by-play of something funny he did or something he said.  He didn’t seem to mind his life being put on display for the amusement of friends, family or total strangers when he was a toddler…not even as a young boy.  But now, for some reason, at age thirteen, he seems to want ME to be seen and not heard.  Wait, isn’t this backwards?  I thought that’s what MY parents said about KIDS.  Now, for some reason what I say frequently leads to “I’m sorry, I didn’t mean to embarrass you,” thus an accounting of the most painful parenting type.

Let’s see… “The less I say, the less I have to give account for.”  It is a new day and a new age where words aren’t just out there in the spoken variety.  Now you can engage in a rapid email response, tap out a text, fib on Facebook, blab on your Blackberry or even become irate on your iPhone.  Sometimes you slide by and no one takes offense…but. more times than I care to count, at least in my own life, I’ve paid a price for the lack of wisdom in my words.

Almost every day I think to myself “I wish I hadn’t said that.”  But every day since that eye-opening encounter, I move a little bit closer to saying less!

“He who guards his mouth and his tongue, Guards his soul from troubles.”

or the words you just sent?

Log back in on  Valentine’s Day for LOVE of course. 🙂