“When I smiled at them, they scarcely believed it;

the light of my face was precious to them.”

When you pray for God’s provision, you can’t always predict how He might provide.  I am partial to those times when money just unexpectedly shows up in the mail.  But as soon as I start counting on that happening again, of course, it doesn’t.  If I am still able to muster up the smallest measure of faith, I eventually find that I am fascinated by God’s plan and so glad He didn’t follow mine.

Thus, I recently found myself in a situation I had not expected. 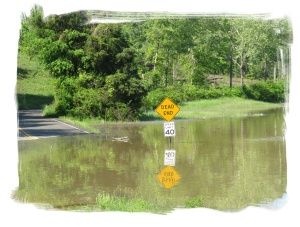 Our city was just about to recover from historic flooding when tornadoes, straight-line winds and more flooding hit many of the surrounding areas.  It was one of the largest scale disasters ever recorded here and resulted in multitudes of rescue and recovery missions.  Federal and State disaster officials moved in and set up shop.  It wasn’t like setting up camp, but more like creating a major corporation.  It takes a massive machine to process the paperwork when thousands of people have lost everything they have ever owned.

But after several weeks of working it all out, the relief operation begins winding down, and that’s where this part of the story starts:

We needed money!  Not your normal bill-paying family financial infusion, but a big chunk of extra cash to pay for a new contractual commitment.

So I needed a job…or a check in the mail…and I got the job.

As the disaster workers began to wrap up the details in order to leave our area, a few locals were hired to come in and help out during the temporary transition.  What I expected to see inside the secure facility were a few hundred worn out and weary workers limping along until the last leg of their journey.  What I actually saw were some of the happiest people I have ever encountered.

“I think it comes from the top,” one employee suggested when asked for an explanation.  She must have been right because it wasn’t long before I witnessed the big boss walking around each room, calling every person by name and, not only allowing them to forgo all the official titles, but letting them use his nickname.  He was smiling, laughing and making sure everyone was having a little fun.

It seems happiness is contagious and smiles apparently spread.  🙂

There is a passion in this place to help those who can’t help themselves.  And it comes with a sacrifice.  In order to assist survivors, the employees have left homes, husbands, wives, children and pets.  Most all of them are from out-of-state and have been on the clock for 12 hours a day… seven days a week… not just for a few weeks, but  for months.

into the equation and you can tell a genuine smile from a forced or fake one.   This secret society of public servants comes in all ages, races and religions, and I think they prove that with properly placed priorities there is provision.

In the natural, their mind-set doesn’t seem to make sense.  How could they really be happy under these conditions?

But, remember, they believe it comes from the top.

They all take an oath of office to faithfully uphold the Constitution.  And, regardless of how quickly our country appears to be forgetting, they all still believe in serving “one nation under God.”

In a world plagued with rising unemployment, they know their jobs are only temporary.  In fact, it is their mission, upon arriving at a disaster site, to work their way out of a job.  It’s how they help.   It’s how they measure success.  When the people no longer need them, they move on. 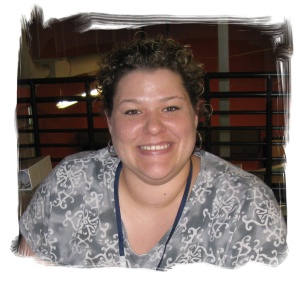 They can’t predict how God will provide for them the next time, but they trust He will have another assignment.  When they get the call, it will likely mean homes have been destroyed and lives have been shattered. They will drop everything they are doing and rush in to an area that everyone else is trying to escape.

When I took this job, I thought it was about money. We had prayed for provision and we believe God is answering our prayers.  But, now, I am far more intrigued  by God’s plan to provide a new perspective.

I have learned that is it is not unusual for these people to be publicly criticized or ridiculed for what doesn’t happen in the recovery of a disaster zone rather than what does happen.  Hurting people sometimes lash out and hurt other people.  But these public servants seem to understand.  And, they keep going from one location… to another… always looking for the next person to help…still smiling…still happy… because it does come from the Top.  God has created us to find joy in giving, to find joy in serving, and to find joy in knowing we have made a difference.

At the end of the day, happiness is contagious and smiles spread.  When you pray for God’s provision, you can’t always know how He will provide. But you can always know that He will!

“All the days of the oppressed are wretched,

but the cheerful heart has a continual feast.”

“The word joy is sprinkled all over the New Testament, not as something topping the cupcakes of worldly lusts or entertainment, but falling upon the hearts of men and women whose lives are caught up in who God is and what He is doing”