Who Do You Want To Be?

The question is raised almost as much as a single person is asked, “When are you going to get married?” or a married couple is asked, “Do you want to have children?”

My 13-year-old son is often asked, “What do you want to be when you grow up?”  I love waiting for his answer and anticipating what he might say.

Right now he wants to be a lawyer.  But that follows a few

years of wanting to be a preacher like his Papaw, a rock-n-roll star, an NBA basketball player  or a FBI agent.  I personally think if he doesn’t settle on just one, there could be an interesting combination at work.

Lately, I’ve been spending time with people who are on their second, third and fourth careers.  It seems sort of exciting that you can re-make yourself that many times.  So I started thinking…

What I finally came up with is a bucket list of character traits… rather than just a list of vacation trips I still want to take:

So if you don’t mind me asking…who do you still want to be? 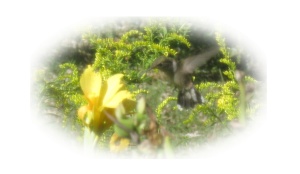 “What we are is God’s gift to us.  What we become is our gift to God.”